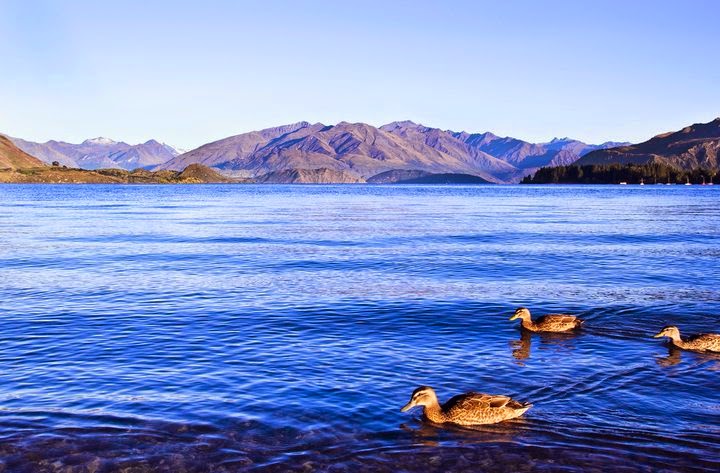 Money is the most important factor in our life where people care about how to spend it in correct purpose. For the monetary budget of New Zealand's honeymoon, it is depending on how much spared fund you have on hand. I never ask you too spend 100% of your saving on this New Zealand trip, however, please don't keep your money in your pocket forever and try to spend it out to open your mind from travelling .


To me, I am so POOR... so I would spend my any single cent be very worth of it.

Initially, I set my budget limit as no more than NZ$4,160 and end up the actual traveling cost incurred for this 14days trips was less than my budget which was about NZ$4,000. Refer to below for the details was my initial monetary budget.


To me, this was not a luxury monetary budget and I didn't said I would tortured my wife and myself during the trip. So, I still gave myself a freedom on spending some of the expenses, for example - Food and skydive.

1. Air Ticket
This was quite a high price I bought for the tickets as the cheaper budget direct flight from Malaysia to New Zealand was launched after 2 months I had back to Malaysia. The tickets I bought needed transition in Queensland, Australia, so was considered troublesome, wasting the flying time and costly.

Based on the newly estimation after the budget airline launched, we could actually save about ZN$700 from the budget direct flight.

My advise is, try to buy the air ticket direct fly to New Zealand instead of having the transition in other countries as wasting our precious time.

2. Accommodation
Table below is the listing which I had been stay in New Zealand and Australia:


Refer to the Recommended in Red colour above, those are considered not bad to stay with. Especially the BBH in Oamaru, this is unquestionably good environment and with good facilities, however, which is about 3km far from city. For your info, the price is for a room for 2 person, it will be cheaper if you get a room share with more people.

As the period I visited New Zealand was in Summer season, peak season, hence I had booked all the accommodations after I set up my Itinerary as I was worried I could not get any in rush.

3. Foods
In order to save money, we did cook ourselves in BBH/YHA; we did have good dinners outside and we prepared sandwich for lunch as well. I will share with you the foods I had taken in New Zealand in my later article.


Skydive is really expensive, but it was worth!!!! It was the most memorable moment of my life!!! If you have enough fund, please try!!!

Except the ticket for Skydiving, I had booked the tickets for the rest in advance before I reach there. Some of the tickets are cheaper if online purchase.

5. Souvenir
Not much souvenir I bought in New Zealand ...hahah...Christchurch has quite many of shops selling souvenir.

6. Car rental, petrol, bus/taxi
Ace Car Rental was the one I rented the car for my 12 days in New Zealand. The reason I selected this company is due to I obtained some good comments from other forums on this company. To me, the service and the car quality is good, is reasonable and okay for recruiting their service, some more is cheap.

Summary of car rental for 11 days:

For GPS, honestly, it is not really necessary for traveling in New Zealand as the map and direction of New Zealand is very easy to familiarize.

For Petrol consumption, is about NZ$0.20 per kilometer, travel around of south island is about 2400km for my trip.

For you information, the rental will be much more higher in Summer than the other three seasons.

7. Travel insurance
Depend on yourself, but I would suggest to have one for our security.

8. Visa
This was for the transition in Australia. I was staying in Australia for 1 night.

After you comment, please sign up for my Newsletter and Facebook's Fans Page. Thanks for your support.

Your comment will be appeared in 48hours after review.

The Travel Paradise
Travelling and Life are connected compactly.

Travelling is to connecting/feeling our own body deeper, to know more about ourselves, to make ourselves closer to happiness, which giving more energy for us to enjoy the life.

Life is colourful, is fantastic, all elements are depending on how we treat and execute it. Why don't we make a choice to get our life more beautiful and interesting?

My Free Ebook - The Ultimate Travel Tips for New Zealand

This is my first Ebook for free download. It talks about the ways to save money traveling around New Zealand. Please subscribe to my blog to get the Ebook. version 24/11/11. Subscribe here